Koh Samui is Thailand's third largest island at 247sq. km out of a group of nearly 100 beautiful islands and just an hour's flight from the bustling streets of Bangkok, lies the peaceful island of Koh Samui. A tropical paradise with a green mountainous interior, long pristine palm-fringed beaches, colourful coral reefs, warm sheltered seas, quaint local villages, coconut plantations and easy-going people with a ready smile that welcomes you.

With its picture-postcard beauty, Koh Samui has become one of Southeast Asia's top tourist destinations in the last decade. Samui is snugly situated in the Gulf of Thailand and surrounded by other gem like islands of Ko Tao and Ko Pha-ngan and just 35 kms off the coast of Surat Thani Province.

Koh Samui has become everyone's dream of a tropical island where one can enjoy the comfort of their stay at 3 stars to 5 luxury resorts, whilst experiencing the beauty of the island. While many visitors are content to laze their days away on the beaches and soaking up the sun, water-enthusiasts are bound to find something from the many choices of activities ranging from diving, snorkelling, windsurfing, paragliding and other soft adventure activities alike. For those interested in more than just a beach holiday, other well-known attractions of Samui include the Big Buddha Shrine, picturesque waterfalls, a butterfly garden, a snake show, a monkey training centre and health spas dedicated to pampering the body. The rest of Koh Samui is easily accessible via its most appealing feature which is the loop road, making a 50km. circuit around the island, giving you a glimpse of superb beaches on the north, east and west coasts.

Make the most of your holiday in Koh Samui

Take a half-day excursion around Samui Island which provides an ideal opportunity to get to know many of the main attractions of Koh Samui Island, including the beaches of Chaweng and Lamai, the Great Buddha, the Na Muang falls and free time for shopping at Nathon, the capital of Koh Samui.

Enjoy a full-day at Ang Thong Island by speedboat. Ang Thong National Marine Park consists of 40 islands which offer spectacular scenes as the islands rise from the blue seas. There will be time for snorkeling, swimming and kayaking on this tour.

Take a high-speed catamaran boat across sea for a day of swimming, snorkeling and relaxing at Koh Tao and Koh Nang Yuan where you will find crystal water and see colorful corals.

Koh Samui has three distinct seasons, the dry season, the wet season and the hot season.

The dry season runs from December to February offering warm temperatures with little rain and calm seas. This time of the year is considered the best time to visit Koh Samui. This is however also considered to be the peak season.

The hot season is from March to May when temperatures start to exceed 30°C. This season is also the start of the monsoon as rainfall starts to increase.

This is followed by a short period of less rainfall from June to August, which is considered a high season as Europeans visit the island during the holidays.

The low season or wet season from September to November sees the heaviest rainfall and the peak of the monsoon. The rain tends to fall in short bursts, however not daily. Planning your holiday during this time will mean less crowded beaches and cheaper hotel rates, however the seas are rougher, winds are stronger and visibility underwater is reduced, making it less popular for beach holidays.

Do I need visas for Thailand?

South African Passport Holders do not need visas for Thailand. 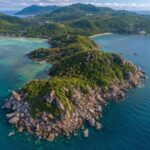 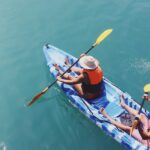 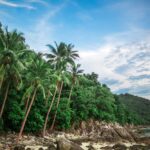 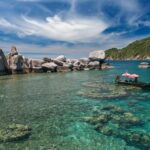 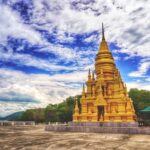 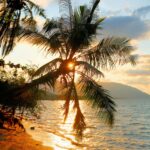 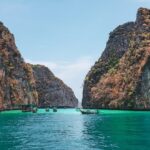 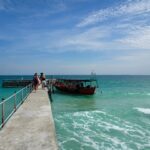 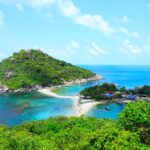 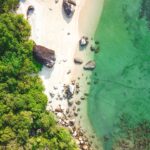 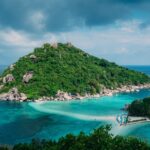 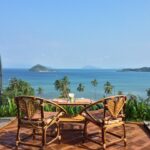 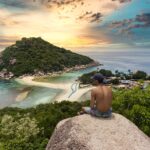