Often referred to as "God's Own Country", our 10 Days in Kerala Highlights Tour welcomes you to the backwaters paradise of India! Tucked away in the southwestern corner of India, the state of Kerala has become one of the most popular destinations of the country. Offering nearly 600 kilometers of glorious Arabian Sea coastline and white sandy beaches, endless network of palm-fringed glistening backwaters, rolling hills dotted with tea, coffee- and spice plantations, lush green forests to wildlife sanctuaries filled with elephants. Come and rediscover the true wonder built by nature in India on this 10 Day Kerala Highlights Tour.

Met on arrival at Cochin International Airport and transfer to hotel. Overnight

Most sights of interest are found in Fort Kochin, these include Mattancherry Palace, built by the Portuguese in 1557 and given to the Raja of Cochin in exchange for trading rights. In 1663 the Dutch renovated it, and today it houses a collection of artifacts that belonged to the Rajas of Kochi; it is however best known for the beautiful murals painted on the wooden walls, some of the most detailed and well preserved in the whole of India. For several centuries there were two Jewish communities living in Kochi, the ‘black Jews’ who settled here in 587 BC and the ‘white Jews’ who settled much later. Speaking Malayalam, the local dialect, they played a pivotal role as trading agents between the locals and any foreigners wishing to establish trade. As a result the Jewish population became very wealthy; ‘Jew Town’, close to the Mattancherry Palace is a fascinating area of the old town with its mixture of old shops, warehouses, spice auction rooms and the Jewish Synagogue. Built in 1568, the Synagogue houses Torah and Old Testament scrolls as well as copper plates on which the Kochi rulers granted various privileges to the Jewish community. Today the Jewish population of Kochi numbers around only a dozen families. Visit St. Francis Church originally dedicated to Santo Antonio, patron saint of Portugal. Vasco de Gama died on this site in 1524 and was buried in the cemetery, his body being taken to Portugal 14 years later. Renamed St. Francis in 1663 under the Dutch, it became a Protestant church and then, in 1804 it became Anglican. In 1949 the congregation joined the Church of South India. Be sure to see the famous 14th-15th century cantilevered Chinese fishing nets.

Breakfast at hotel and drive to Munnar. On arrival in Munnar, check-in at hotel. Afternoon free. Overnight

The Tata Tea Museum in the Nallathanni Estate tells the eventful story of Munnar; its transformation from an uninhabited stretch of forest land to a plantation town. The highlights of the museum include old machineries used for tea processing, photographs and some other curious displays that throw light on the efforts of some adventurous planters who dared to conquer the wild with minimal equipment and little resource. Rotorvane, an old tea roller used in the CTC type tea processing, would be a wonder for even those associated with modern tea industry. There is a CTC tea manufacturing unit in the museum where visitors can get to now the old method of tea processing. However, the real treat here would be the tea tasting unit where one can savour a variety of flavours.

Also visit Matupettey Dam and Eco Point. Rest of the day free at leisure with car and driver at disposal. Overnight stay at hotel in Munnar.

Following breakfast at hotel, check-out from hotel and transfer by road to Thekkady. On arrival in Thekkady, check-in at hotel.

Morning enjoy a boat ride at Lake Periyar. The splendid artificial lake formed by the Mullaperiyar Dam across the Periyar adds to the charm of the park. This is the only sanctuary in India where you can have the unique experience of viewing wildlife at close quarters from the safety of a boat on the lake. The greatest attraction of Periyar, however, are the herds of wild elephants that come down to play in the lake.

Following breakfast at hotel, drive to Alleppy and check-in at your Houseboat for an overnight cruise.

Alleppey, once called the Venice of the east by Marco Polo, was officially re-named Alappuzha in 1990, although it is still known by its former name. Situated at the southern end of Lake Vembanadu, the largest lake in India, Alleppey is the centre of Kerala’s coir and cashew nut industries. With an extensive network of canals passing through the town Alleppey is known for backwater cruises and the region’s famous snake boat races. Surrounded by verdant paddy fields, life in the outlying villages remains largely unchanged, and on a typical backwater cruise you can expect to see stunning lush landscapes, abundant flora and fauna, ornate churches and temples, traditional fishing and methods of agriculture and plenty of smiling friendly people. Overnight Houseboat.

Start cruising in the morning once again and after Breakfast, drop off at your resort at Kumarakom. On arrival in Kumarakom, check-in at hotel. Rest of the day free at leisure. (No transport)

Overnight stay at hotel in Kumarakom.

Breakfast at hotel. Day free at leisure. (No transport)

Overnight stay at hotel in Kumarakom. 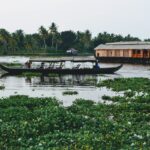 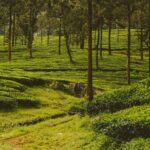 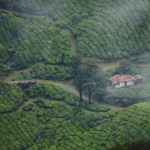 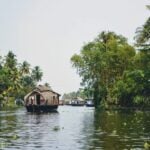